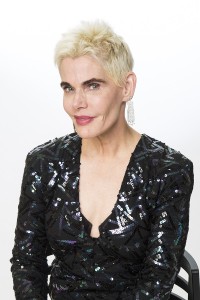 Alison Baumann was born in Houston Texas and started writing at age ten. By twenty she put her pen aside to pursue a life in the Theater. When she picked it up again, she wrote, Lorean, a short film directed by Mark Richardson. Lorean screened at MOMA, won second place in the Mobile Awards and won countless awards at N.Y.U. She wrote and directed, What’s Next, a screenplay that was a finalist at the Houston International Film Institute. Alison has publishing an essay entitled, “I Have to Be Bad,” in an anthology called,”The Honeymoon Is Over,” and the London’s Daily Telegraph’s Stella Magazine, entitled,”Sober Reflection.”

Today Alison lives with her husband Peter Baumann in San Francisco and in between cherished time with her children and grandchildren, is finishing up two more novels.